Crisis communications and reputation management are central parts of media training and corporate communications. Companies face reputational risks every day, but few are ready to respond appropriately when a crisis hits. In this episode of CXOTalk, I explain ways to prevent PR nightmares and offer many crisis management and communication examples. 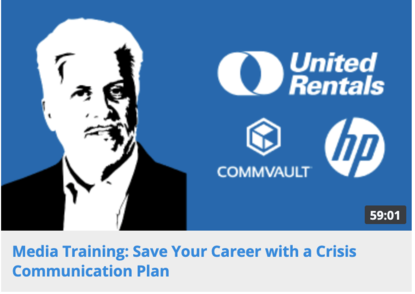 I have been invited several times to appear live on Bloomberg Business television to talk about crisis communications.

I have discussed crisis comms in the context of the early days of the Boeing 787 situation. 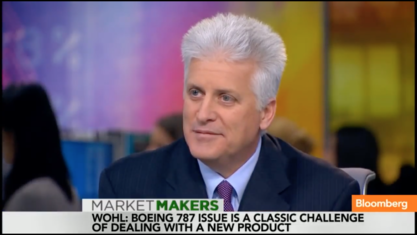 In this interview I comment on Carnival Cruise Lines' efforts to restore its reputation.

The discussions focused on appropriate steps companies and CEOs should be taking in the face of the public scrutiny that comes during challenging crisis situations. 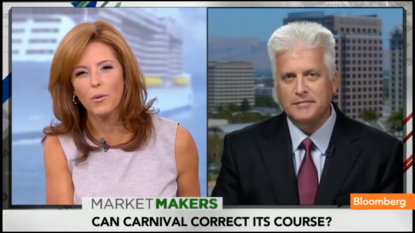 Shareholder activism is one of the most challenging issues facing corporate communicators.  I put together and moderated a panel of experts on the topic, including the Wall Street Journal's activism reporter, for a meeting of the distinguished Page Society.

Leading a United Rentals brand and creative team, I partnered with world-renowned brand agency Droga5 to create broadcast TV commercials that highlighted challenges faced by B2B clients with idle equipment.  The award-winning commercials aired on various channels (stream, broadcast and web) and were part of an overall integrated campaign of video, digital, web and outdoor that raised the company's brand awareness and consideration. 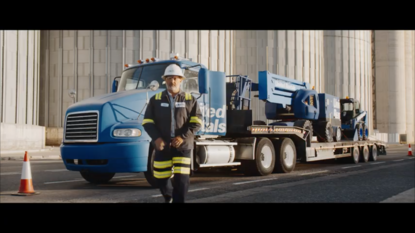 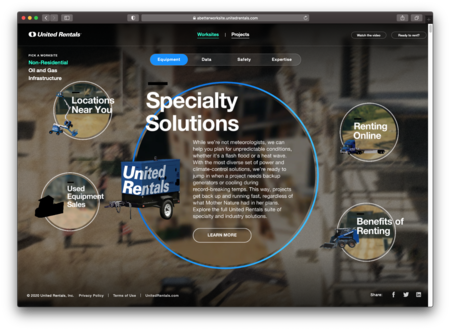 To help launch the new Unify brand for an exiting business at Siemens, I was part of the leadership team that co-produced a global launch event in Munich and New York City.  Working closely with event specialists at El-J Productions, I oversaw a broadcast design that mimicked a news/sports look and feel to pull in and hold viewers.  Selecting Eastwick Communications (now Hotwire), I oversaw an aggressive social media and PR push that exceeded expectations and trended on Twitter.

Videos can also be viewed at the Wohl Communications Channel on YouTube. 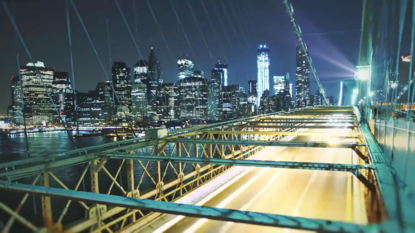 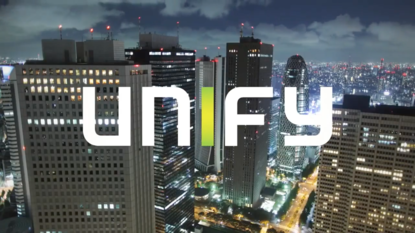 In this segment, I help IT-industry website Solutions Review gain insight into the workings of data protection leader Commvault.

I work with executives, and business and product leaders with spokesperson training for in-person, webcast and television. 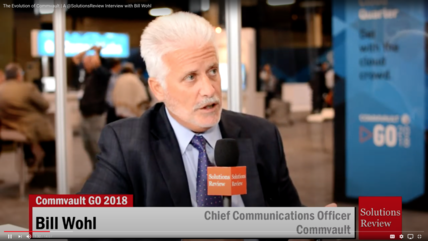 I'm fortunate to be affiliated with some of the communications industry's most respected professionals and agencies. One such affiliation is with Reputation Economy Advisors, the premier consultancy helping companies and organizations develop a management discipline around reputation. 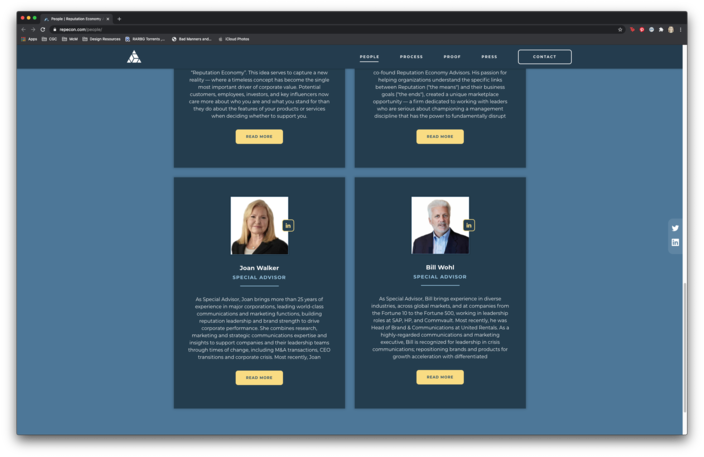 At the start of the year, Bill Wohl, former global communications head at software firm SAP, joined Hewlett- Packard to assume the newly created role of CCO, taking a seat at the C-suite table and reporting directly into new CEO Léo Apotheker - a first-of-its-kind reporting structure for the IT giant.

The former SAP colleagues Apotheker and Wohl, joining in September 2010 and January 2011, respectively, took on the high-profile roles at one of the world's largest IT companies, which has been steeped in controversy over the last decade.

Last year alone, HP went through a number of crises, including the resignation of former CEO Mark Hurd amid allegations of sexual harassment and falsified expenses, as well as deep budget cuts. At that time, Wohl says, under the Hurd administration, the communications function was under marketing and fell under the direction of the company's chief technology officer. "HP had a fairly fractured voice to the market," says Wohl, who got the call about the new CCO position from Apotheker on Thanksgiving Day 2010. "Hurd's view was to keep the corporate functions very lean and mean, very narrowly focused. Let's have the biggest focus of our marketing and comms efforts sit out in the business units."

Meanwhile, Apotheker deems communications vital to HP's business, an outlook he shares with Wohl that had its beginnings at SAP. During 10 of Wohl's 12 years with his former company, he became a direct report of Apotheker's, who at the time was president of global consumer solutions and operations, and was called into the Americas business to help manage the region. "Communications is a powerful tool for the CEO, both internally and externally," explains Apotheker. "It's a function that should report into the C-suite. It is important the CCO be totally aligned with a company's strategy and objectives. Bill is the right person to help me, the board, and the executive team drive our agenda at HP."

At the start of this year, Wohl moved from Landenberg, PA, a small town 35 miles southwest of Philadelphia, to Palo Alto, CA, and formally took on the CCO post. He would serve as the strategic communications counsel to Apotheker and his management team, as well as manage the corporate communications function, a team of 50 reports globally who focus on media relations, employee communications, and publications, including the annual report and internal news channels."

Communications should have a seat at the table for a number of reasons," says Wohl. "You can't successfully manage a company's reputation if you don't understand what's coming. Not after it happens, but as it's happening. The impact of the opinion of the outside world and the employees should be a part of the decision process."

The issue we have is we don't have a single story for HP," he explains. "We have a lot of separate stories and they all add up to something important, but it isn't really clear to customers or employees what that is. Part of what Apotheker wanted to accomplish by moving marketing and communications as direct reports to him was to begin re- shaping the voice of the company and the storyline of the business. That's what we focused on right out of the gate."

The business units, which each have their own communications leadership teams for product publicity, thought leadership, and internal communications, include the enterprise group (sale of data centers and large servers), personal systems group (PCs and laptops), and the imaging and printing group (printers and related products). "While those communications people roll up to the business formally, they are part of the HP communications family," adds Wohl. "A lot of them sit out in countries all over the world where the corporate team doesn't have a footprint. Collectively, that's the voice of the company. My role is making sure that when we talk to the market, we do so as an aligned company and not as three separate companies plus corporate. It's important for us to communicate in a common fashion to the market."

HP employs 320,000 employees who are being communicated to daily from many different places internally. Wohl says he needs to pull the different outlets together and align one message. "We have a lot of people, teams, and processes to work on," he explains. "Lots of great communications work is getting done. We are not broken, but we have an enormous opportunity to make it better and leverage the strength of what is the extended family of a fairly large communications organization."

When Wohl was head of communications at SAP, he held a similar responsibility in keeping all the teams in sync, recalls Andy Kendzie, director of media relations at SAP, who worked alongside him beginning in 2006. "He was somebody that pulled all the various units together and he trusted other people's counsel," says Kendzie, who currently specializes in public sector and crisis communications for SAP in Washington, DC. "Bill got to the gist of what mattered and why it was important. He had the ability to very simply communicate that to a variety of audiences. He had the ability to get to the heart of the matter. No jargon. No acronyms. Very easily understood. Very simple."

In mid-March, HP invited the media and analysts from all over the world to hear Apotheker lay out his strategy and vision for the company in San Francisco at a scale Wohl says had not been done in quite some time. Each of the business units delivered their message to the market and - for the first time - an aligned HP voice was revealed. "Léo's view was that more and more customers were looking for the opportunity to engage with HP across multiple businesses, and it was difficult for them to figure out the company's total story," Wohl explains. "That's what we focused on first and continue to focus on to really help people under- stand where the company is going and its overall value proposition."

Wohl and his corporate communications team collaborate regularly with the three business unit teams. In March, after the earthquake and tsunami hit Sendai, Japan, where HP has an office and where many critical parts for HP's printers are made, the company formed a crisis communica- tions team. It brought together Wohl's corporate team and communications people within the imaging and printing group and supply chain management team, as many of HP's suppliers, including Canon, are also based in Japan. "

A lot of the issues a business unit is dealing with impact the corporate story, while a lot of the corporate story issues may impact that business," Wohl says. "We're always in close coordination. Many of the announcements we're making cross into the business units. We're not at arm's length from each other. They don't have to work for me for us to have a strong professional relationship. We try to keep those relationships as open and frequent as possible."

Outside of the boardrooms of SAP and HP for the last 25 years, Wohl has literally charged into burning buildings and tended to crash scenes as an active volunteer firefighter and an EMT for the West Grove Fire Company in Chester County, PA. The parallels of the two fields in which he works are obvious, says Wohl. More important, it is an experience that grounds him for what could ultimately be thrown his way. "When you've been in these life- or-death situations, you really have a sense of what a crisis is," he explains. "You figure out pretty quickly what managing a crisis is all about. When things look really bad in the midst of a corporate crisis, I usually can say, 'Folks, nobody's dying here. This is business and it's important business. There's a lot of money at stake. People's jobs are at stake, too, but we're not saving babies here. 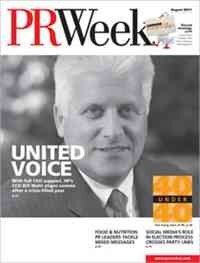